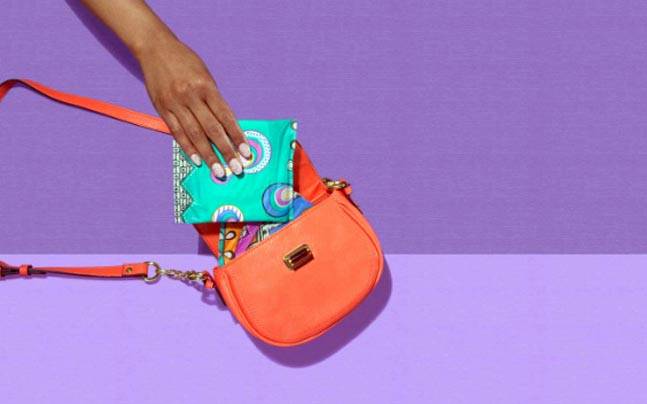 WHO USED THE FIRST MENSTRUAL PAD?

Its believed that in Ancient Greece during 10th century, a women named Haptia threw a piece of menstrual pad towards a men as a part of her reaction when she was called by him. During her times, women used rag cloth, sheep wool sometimes wrapped around small wooden piece or used moss, animal skins & grass.

Its said that nurses thought of disposable pads to stop excessive bleeding during battle field. Another story goes is that Benjamin Franklin created pads to help stop wounded soldiers & that is how sanitary napkins came into existence.

Lister's Towel made by Johnson & Johnson were the first commercial product.

KOTEX- THE BRAND OF FEMININE HYGIENE:

Kotex was launched in 1920s by Kimberly-Clark to make use of leftover cellu-cotton (wood pulp fibre) from World War One bandages. An employee noted that the pads had a "cotton-like texture" which was abbreviated to "cot-tex" and then made the product name with alternate spelling.

With the invention of Proctor & Gamble's extra absorbent tampon in 1978,synthetic disposable pads got revolutionised & it become a more than million dollar business world over.

With the use of commercially made synthetic super absorbent tampons, it was found that menstruating women developed overgrowth of Staphylococcus aureus bacteria due to the release of toxins from this product.

The modern day synthetic napkins are not only a matter of concern for health of women but also for health of environment. Disposing the used menstrual pads is a big challenge world over especially for developing countries like India.

Nowadays, Many small scale industries have come up with napkins which are economic, health oriented, hygienic & nature's friend too. But in-spite of all this there is a huge class of females world over who are still unaware about their menstrual health &hygiene & are not able to make up to help themselves reach any type of menstrual pad even today...

Seems there is some error, please try again after sometime.

Dear friends, this is your space, feel free to say what all you want. Send us your feedback, suggestions, personnel PMS stories, queries, how you cope up with PMS issues, etc. Your words might help and support someone in need...

Your request has been submitted successfully...!!!

OOPS, Seems there is some error, please try again after sometime.